The article from the NBC 5 website is duplicated below. To read the original article and watch the clip that aired on NBC 5, click here.

It’s a free program that provides father figures and mentoring services to nearly 300 students in Oak Cliff and South Dallas.

These communities are most in need says Nakia Douglas, who grew up in South Dallas.

“As long as we’re willing to nurture and develop them, the sky is the limit,” says Nakia Douglas, Executive Director, TRIO and Pre – Collegiate Programs for the University of North Texas at Dallas.

Douglas has been an educator for 24 years.

“We get to create opportunities where there may have been none. We get to provide learning, not only for the students and participants but also for the service providers,” says Douglas.

Service providers like the YMCA, For Oak Cliff, and the Boys and Girls Club host outings for the kids.

This weekend, the Mark Cuban Heroes Basketball Center hosted a Father’s Day event for some of the kids in the program.

“I took my own children to be part of the Father’s Day photoshoot, so that was exciting for them to see some of the families,” said Douglas.

Previous events included a visit from Dallas Police Chief Eddie García, where he fired up the grill and spent time with the families.

Douglas hopes more men realize the impact they can make in their own communities.

The program is extending and will be able to serve up to 500 students.

You can get more information and register your child for the program here: https://www.risingblazers.org

The program is funded by the the Community Youth Development Grant under the State of Texas Health and Human Services Department. 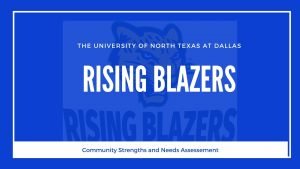 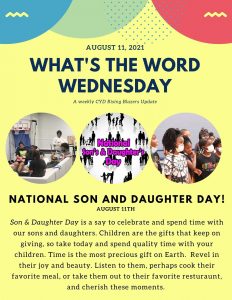 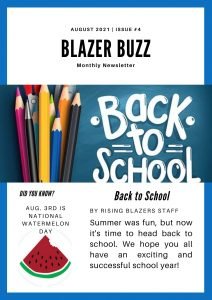 See what all the Buzz is about in August!

Rise Up and Reach Your Full Potential

Become a Rising Blazer to rise up in school and life, and to make a difference in your community.